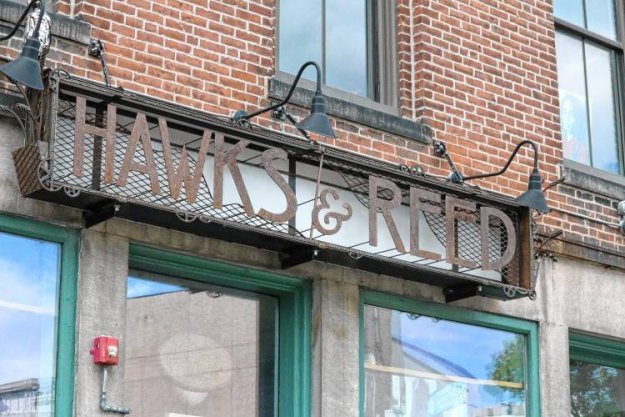 After being dormant for the duration of the COVID-19 pandemic, Northampton-based record label and concert organizer Signature Sounds has moved its Parlor Room concert series to Greenfield’s Hawks & Reed Performing Arts Center.

Signature Sounds founder and president Jim Olsen described the Parlor Room concerts as a series of “really intimate concerts by artists, many of which are nationally-touring artists.” He explained that the decision to shift the setting from their original Parlor Room space was made out of necessity, as the usual venue isn’t equipped to safely host events during the pandemic. Aside from being better ventilated and more COVID-safe, Olsen said Hawks & Reed is a fitting substitute to host these intimate shows.

Olsen said that prior to the pandemic, the Parlor Room in Northampton would hold over 100 shows every year since it opened in 2012. Signature Sounds prides itself on the venue’s coziness, comparing the audience space to a “clown car (that) holds a lot more than it seems like it should” on their website.

Signature Sounds stopped operating it at the beginning of the pandemic, with the last show being on March 13, 2020. With social distancing and proper indoor air flow being some of the primary Center for Disease Control COVID-19 advisories, Olsen said an adjustment had to be made if they were to bring the series back.

“It just doesn’t feel right to put people in this room the way we were doing,” Olsen said.

Olsen said that Hawks & Reed was thought of as an ideal new location for the series, having developed into a vibrant and safe staple for live music in Western Massachusetts.

“We’re really picky about the lights, sound, and production value where we do our shows,” Olsen said. “They’ve done a great job at Hawks & Reed making it a first-class club.”

Upon being approached with the idea, Hawks and Reed shared the enthusiasm.

“We’re super excited to collaborate with Signature Sounds,” Hawks & Reed manager Ben Goldsher said. “They’re an amazing group that’s been in the valley for years now…they do so many good things in the valley for music already.”

While Olsen said the concerts will “definitely have a different feel,” he hopes the series will retain a strong community following.

“We’re pretty confident that people want to see this music and will come out to support our shows,” Olsen said.

Goldsher said for Hawks & Reed, this is “an opportunity to bring more people into Greenfield, which is always an exciting thing.”

The series started again Oct. 1 with a show from Session Americana and Ally McGuirk.

Olsen said he’s looking forward to how the vibe of the Signature Sounds shows contrast with the often upbeat, hip-hop-oriented music that frequents nights at Hawks and Reed.

“It’s more sit-down music,” Olsen said of the Parlor Room concerts. “They’re going to still be presenting shows at night, so you’ve sort of got the best of both worlds.”

Parlor Room shows are currently scheduled at Hawks & Reed from October through December. Regardless of his excitement for the change, Olsen hopes that some day, the series makes its way home.

“The plan is definitely to open up here again at some point,” Olsen said of the original Parlor Room space.