Samirah Evans reunites with the Handsome Devils at Hawks and Reed 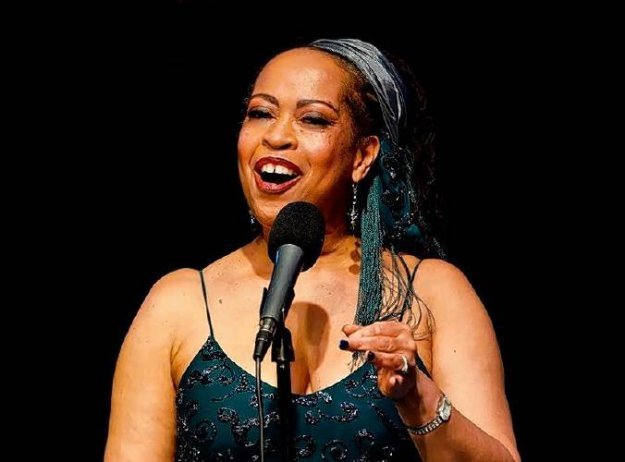 It has been a busy fall for Hawks and Reed Performing Arts Center in Greenfield and so far their schedule shows no sign of slowing down. Tonight, Thursday Oct. 14 at 7 p.m., they welcome jazz singer Samirah Evans, who is reuniting with her band the Handsome Devils, for this very special show.

Evans, who resides in Brattleboro, founded the band in 2009 to support the release of her second album “My Little Bodhisattva.” The Handsome Devils are a group of accomplished musicians whose versatility in various genres including jazz and blues make them perfect accompaniment for Evan’s powerful, soulful voice.

Evans was a well established singer in the vibrant New Orleans music scene before Hurricane Katrina forced her to relocate to her husband’s hometown of Brattleboro. Since settling in Vermont she has found a welcoming audience for her many musical projects. She’s been a favorite at Hawks and Reed and her many shows at the venue have been a hit with local music fans who are drawn to her New Orleans-influenced vocal style and strong stage presence. They will welcome her return with this show.

The Handsome Devils are pianist Miro Sprague, sax player Michael Zsoldos , drummer Conor Meehan and guitarist Jason Ennis. They are joined by bassist Marty Jaffe, who has performed with the band frequently since 2011.

Getting a group of players of this caliber together isn’t easy as they all are in-demand musicians who are involved with multiple projects including solo work, and teaching. Then there is also geography to contend with.

Pianist Miro Sprague grew up in Shutesbury and has been performing in the area since he was a teenager, but he currently resides in Los Angeles. Sprague’s impressive resume continues to grow as he primarily works in jazz and improvisational music. In addition to his solo work he is a member of a couple of other groups including a trio with fellow Handsome Devils Marty Jaffe and Jason Ennis.

“Miro still has family here, so I asked him this summer if he was coming to the area and if so how about we get the band together,” said Evans via email. “He happened to have a few gigs in New York and planned to visit family while on the East Coast, so the timing of asking him was just right.”

After establishing Sprague’s participation, Evans started lining up the rest of the band.

“Before Miro moved to Los Angeles we were performing annual reunion gigs because he was closer living in New York, but the guitarist Jason Ennis was the missing member for many years,” said Evans. “Jason started a family and moved back to the Berkshires from New York, so it was much easier to get him on board as well this time.”

Ennis is a gifted guitarist with a background in jazz, blues, Brazilian music and classical music. It’s been a decade since he has played with the Handsome Devils having last worked with the group when they released “Hot Club: Live at the Vermont Jazz Center” in 2011.

Ennis plays with numerous groups and has toured throughout the United States and Chile. You may have caught his performance at the recent Fresh Grass Festival in North Adams where he played with the world music band Mukana which also includes Handsome Devils’ drummer Connor Meehan and sax player Zsoldos. The members of the Handsome Devils have collaborated with each other in many different projects over the years.

Evans is not only happy to once again be playing with her Handsome Devils, she is also happy to be back playing in front of a live audience. During lockdown she performed a few streaming events but did not start playing out until August.

“I’ve gotten my feet wet before this concert, which I’m grateful for, because it’s taken a few gigs to get my groove back which has prepared me for this performance,” Evans said. “So I’m ready to hit with my Handsome Devils!”

Who knows when these Handsome Devils will get together again, so don’t miss out on what promises to be a memorable night of music.

“We don’t take these opportunities to perform together for granted,” said Evans. “Each member has found success with their own projects since that time. Many now have families, too! We’re so excited that we could schedule this show and are looking forward to it.”