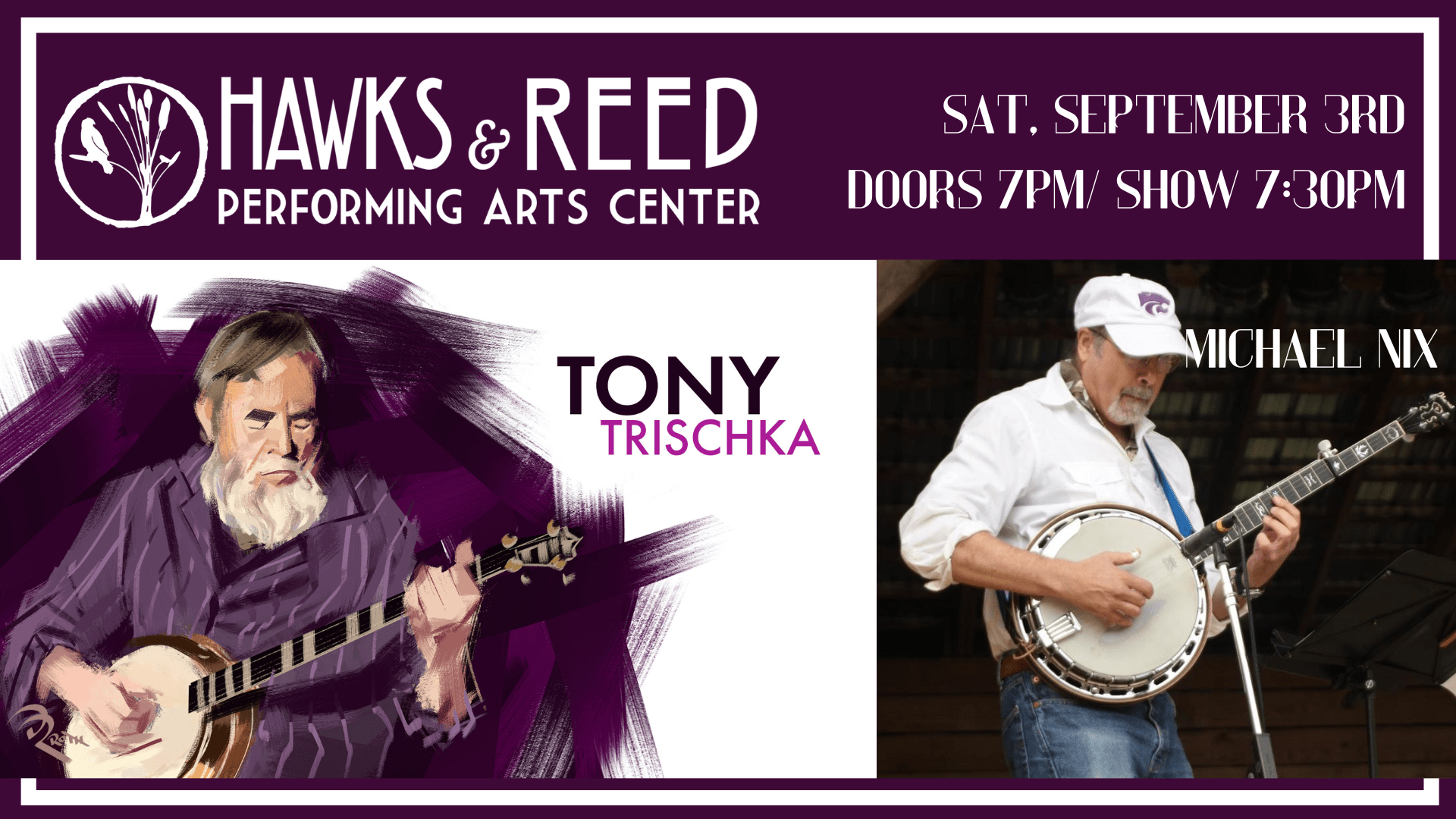 “Tony Trischka is known as the father of modern bluegrass” – NY Times.

Tony was born in Syracuse, N.Y., in 1949, and raised in a home filled with music. There were Broadway scores and a sweeping range of classical music, from Stravinsky to Beethoven. (The first thing Trischka learned to play on the banjo, in fact, was the Ninth Symphony.) The wide- open American vistas of Aaron Copland had an especially potent spiritual and visceral impact on him, as did the folk music his left-leaning father held dear. The Almanac Singers, the solo work of its founding members Woody Guthrie and Pete Seeger, and Lead Belly’s children’s LP were in constant rotation.

Trischka fell in love with the banjo by way of the Kingston Trio’s 1959 recording of “M.T.A.,” and was able to experience the New York-centered folk revival by trekking to the Newport Folk Festival in the early to mid-’60s. He moved to the city in the early ’70s and hit the ground running, settling in among a peer group of extraordinary musicians who saw American roots music as a thriving, living language that could be expanded and combined with other influences and sensibilities. Alongside other young masters like mandolinist Andy Statman and fiddler Kenny Kosek, in such units as Country Cooking and Breakfast Special, Trischka found his purpose. Jaw-dropping musicianship was certainly encouraged, as was comic and literary irreverence, earnest songwriting and a record shop’s worth of touchstones beyond bluegrass, from the avant-garde to fusion and R&B.

Michael Nix designed the seven string Banjar, combining elements of the classic five string banjo and the classical guitar. The seven high tension nylon strings sound somewhat like a cross between the banjo and a lute or harpsichord.

“One of the great goals of the creative musician is to develop a unique, recognizable timbre. I set out to design an acoustic instrument that would satisfy my seemingly divergent interests in finger style guitar, and banjo styles, and to satisfy the quest for a particular timbre that existed in my imagination. I heard a deep round sound from the vibrating membrane that could produce the same sort of wide range of timbre of which the classical guitar is capable. I also wanted the instrument to be able to maintain two, three, or four voices simultaneously, and to render the wide range of musical style in which I work.

The Banjar combines elements of the classic five string banjo and the classical guitar. The seven high tension nylon strings sound somewhat like a cross between the banjo and a lute or harpsichord. I took the name Banjar from the early usage (according to Dena Epstein and Robert Webb) in both Barbados and and Virginia at the time of Thomas Jefferson in the late 1700’s. ”

People have described Nix’s concerts as “touching” and “transcendent”. He combines lyrical expression with an insatiable musical curiosity to forge an intriguing performance style.

Nix has received numerous awards and commissions for his compositions, and has performed on Guitar, Banjo, and Mandolin, throughout the United States and Asia .