The Big Takeover at Hawks and Reed 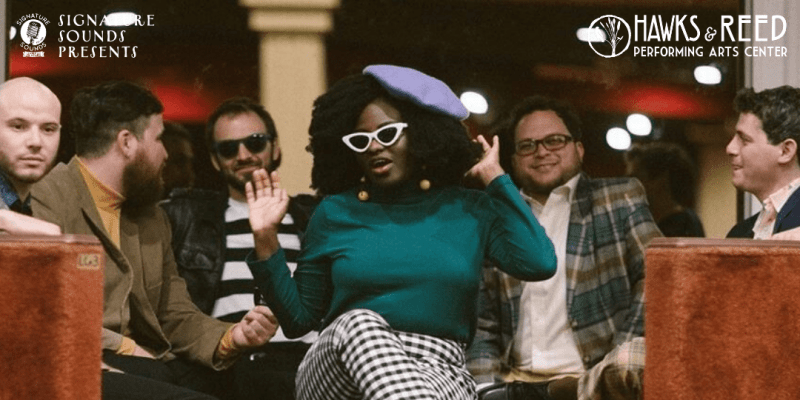 The Big Takeover at Hawks and Reed

Traditionalists or progressives? Fronted by the charismatic Jamaican-born singer and songwriter Nee Nee Rushie, the seven-piece New York band The Big Takeover plays original music that is rooted in and reverent toward the genres and rhythms of Jamaican pop: reggae, rocksteady, ska. They are devotees of Desmond Dekker and the way the old school did it. At the same time, The Big Takeover crosses lines and blends traditions like global pop fusionists. Their deceptively complex arrangements and big hooks connect with the spirit of Motown and the uptown sophistication of the 21st century retro soul and R&B revival scene.

That rich sound, along with their rigorous performing schedule and studio work, has been paying off. In 2018, the Big Takeover completed a successful 12-state tour. They were enthusiastically received by 10,000 at Omaha’s Jazz on the Green festival. They delivered an outrageously infectious and nuanced acoustic performance on the popular reggae-centric Sugarshack Sessions. Meanwhile, the band has faired well with National Public Radio- making stops into NPR stations all around the US.

The bands latest single is a cover of Sophia George’s 1985 Dancehall hit – “Girlie Girlie.” It was recorded as part of a UK compilation album containing 40 covers of classic Trojan Records hits from artists across the world. It was produced by Manuel Quintana (Rachel Yamagata, Robbie Dupree, among others) & Rob Kissner, and mixed by Grammy Award Winning engineer Danny Blume.