Sundub with The Reflexions at Hawks & Reed 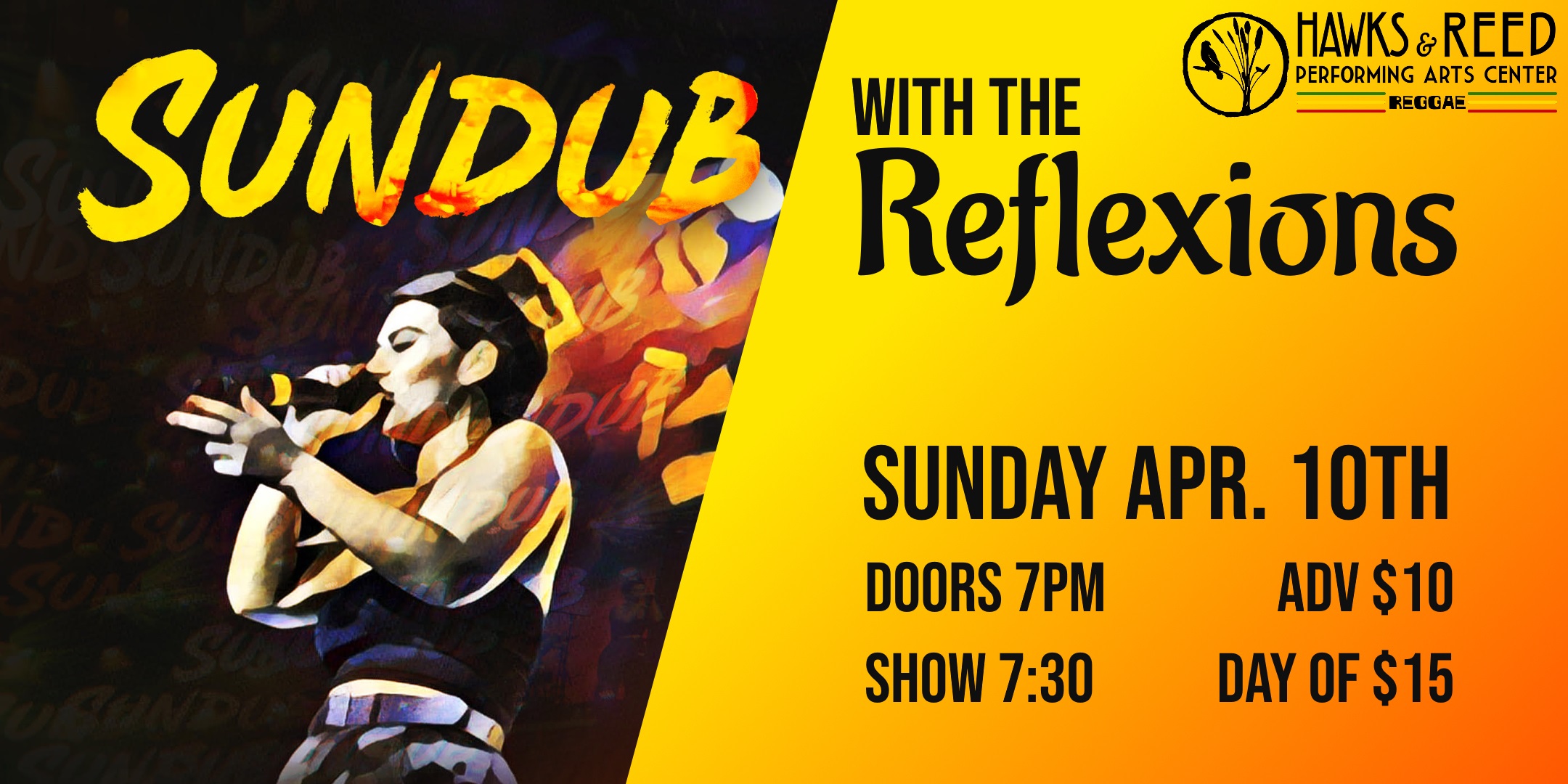 SunDub is a testament to the power of inclusion, diversity and unity— their music and community rallies around the concept that we are strongest when people of different backgrounds can work together to create positive change. These core values are showcased on SunDub’s first release, “Burden of Love,” which has since amassed millions of streams and whet the appetites of listeners around the world for their next release. In a world that is dominated by watered-down distillation of reggae, SunDub aims to honor the roots of Jamaican music while offering their unique ability to combine soul and funk sophistication into their art.

The Reflexions are a Burlington, VT based band that brings conscious lyrics, pocket grooves and a whole bunch of energy to every stage.