Sasha and the Valentines with Moxie at Hawks & Reed 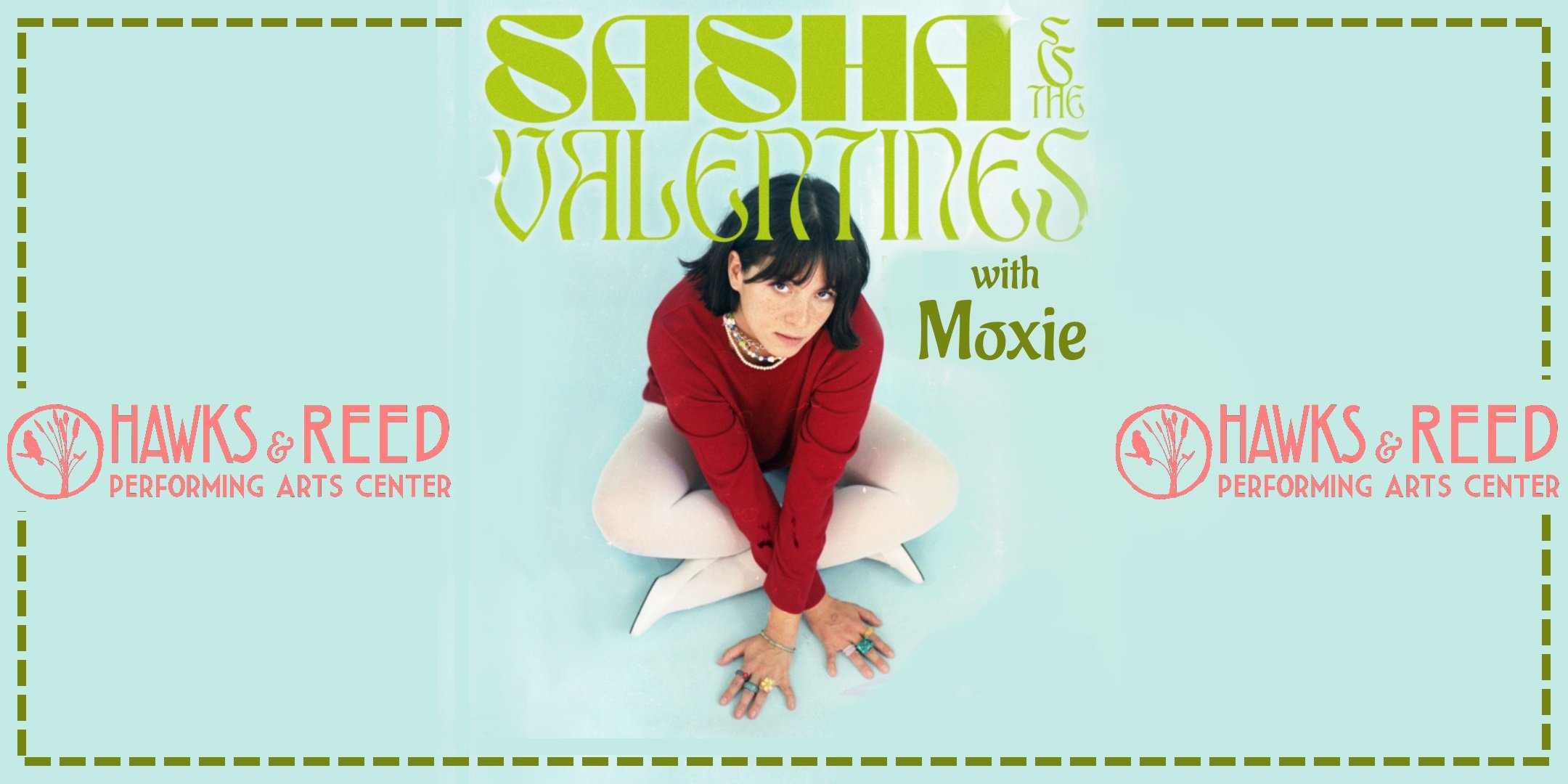 www.facebook.com/sashaandthevalentines
www.facebook.com/moxiethebandvt
Faithful to their name, Austin-based five piece Sasha and the Valentines have written a record about love.
On their debut LP, So You Think You Found Love? (out via Oof Records), the promising young band has written the soundtrack to your next romance, capable of giving you the curly-phone-cord, calling-your-crush-for-the-first-time kind of butterflies. It follows the release of their 2019 EP, Green, and October-released single “Tears for Mars”—a song that reflects on the parallels between a toxic relationship and that of ours with the Earth. So You Think You Found Love? is a record that is as spectacularly iridescent as an oil spill on asphalt, while being equally as grounded, real, and brutally of consequence.

“Effervescent.” “Soulful.” “Danceable.” When writers try to describe Moxie, they produce bright and passionate adjectives, words that conjure warmth and passion. But the word that seems to stick above all else is “unique.” Moxie draws from a wide range of inspiration, collaging the influences of grooves and melodies that span across decades forming together. This crafts a sound that simultaneously evokes the comfort of a classic and the wonder of an entirely new sound.