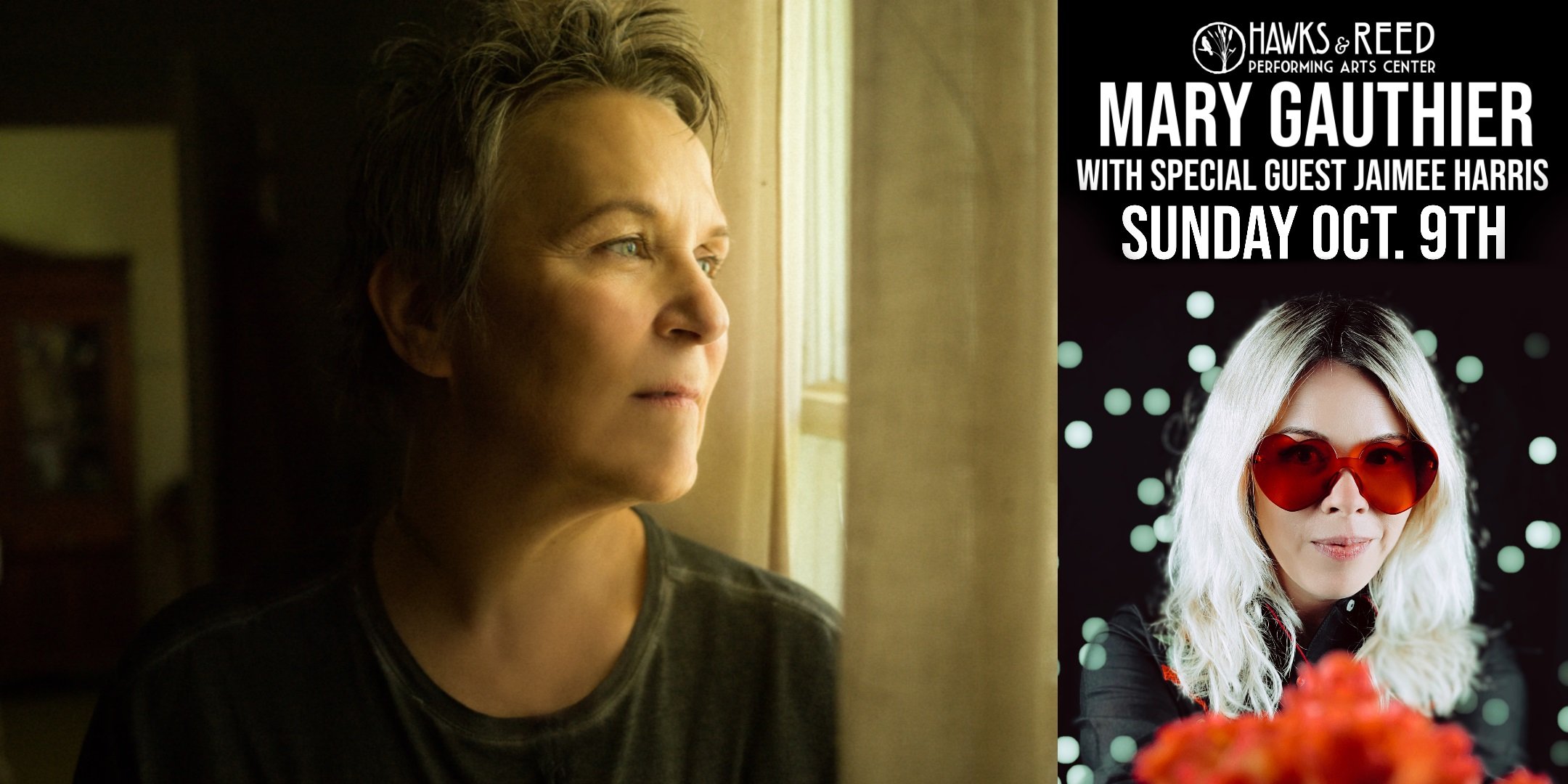 Every single day, which means some days are better and some much worse.

current and former members of the United States Armed Services take their own lives.

It seems trivial to suggest those lives might be saved — healed, even — by a song. By the

process of writing a song.

And yet there is nothing trivial about Mary Gauthier’s tenth album, Rifles and Rosary Beads

(Thirty Tigers), all eleven songs co-written with and for wounded veterans. Eleven of the nearly

None of the soldiers who have participated in the program have taken their own lives, and

there’s nothing trivial about that. Something about writing that song — telling that story — is

profoundly emotional pieces ranging from “I Drink,” a blunt accounting of addiction, to “March

the singer finally understands she is deserving of love. Maybe that’s where the confessional

song cycle ends, for she has midwifed these eleven new songs in careful collaboration with

other souls whose struggle is urgent, immediate, and palpable. And none are about her.

Each song on Rifles and Rosary Beads is a gut punch: deceptively simple and emotionally

complex. From the opening “Soldiering On” (“What saves you in the battle/Can kill you at

flags/They genuflect on Sundays/And yes, they’d send us back”), to the abject horror of “Iraq,”

and its quiet depiction of a female mechanic’s rape, each song tells the story of a deeply

On the heels of acclaimed debut Red Rescue, Jaimee Harris doesn’t disappoint with The Congress House Sessions, an intimate EP with stripped-down arrangements of selected songs. Recorded at the Congress House Studio by Mark Hallman (Carole King, Ani DiFranco) and Andre Moran (Sarah Borges, Rickie Lee Jones) and featuring Jane Ellen Bryant and Kris Nelson on backing vocals, Ray Bonneville on harmonica, Brian Patterson on electric guitar, and Sammy Powell on piano, this is no large, speaker-rattling production. Longtime friends add color, but what you’ll hear is Harris and her guitar, delivering performances close to what the songs were when conceived alone with her guitar. Harris demonstrates that her talent and command of her craft is undeniable, accompanied, or not. Whether there’s a rhythm section thumping behind her, or whether she’s alone with her Gibson “Gillie” on an empty stage, all eyes and ears are locked on Jaimee Harris.