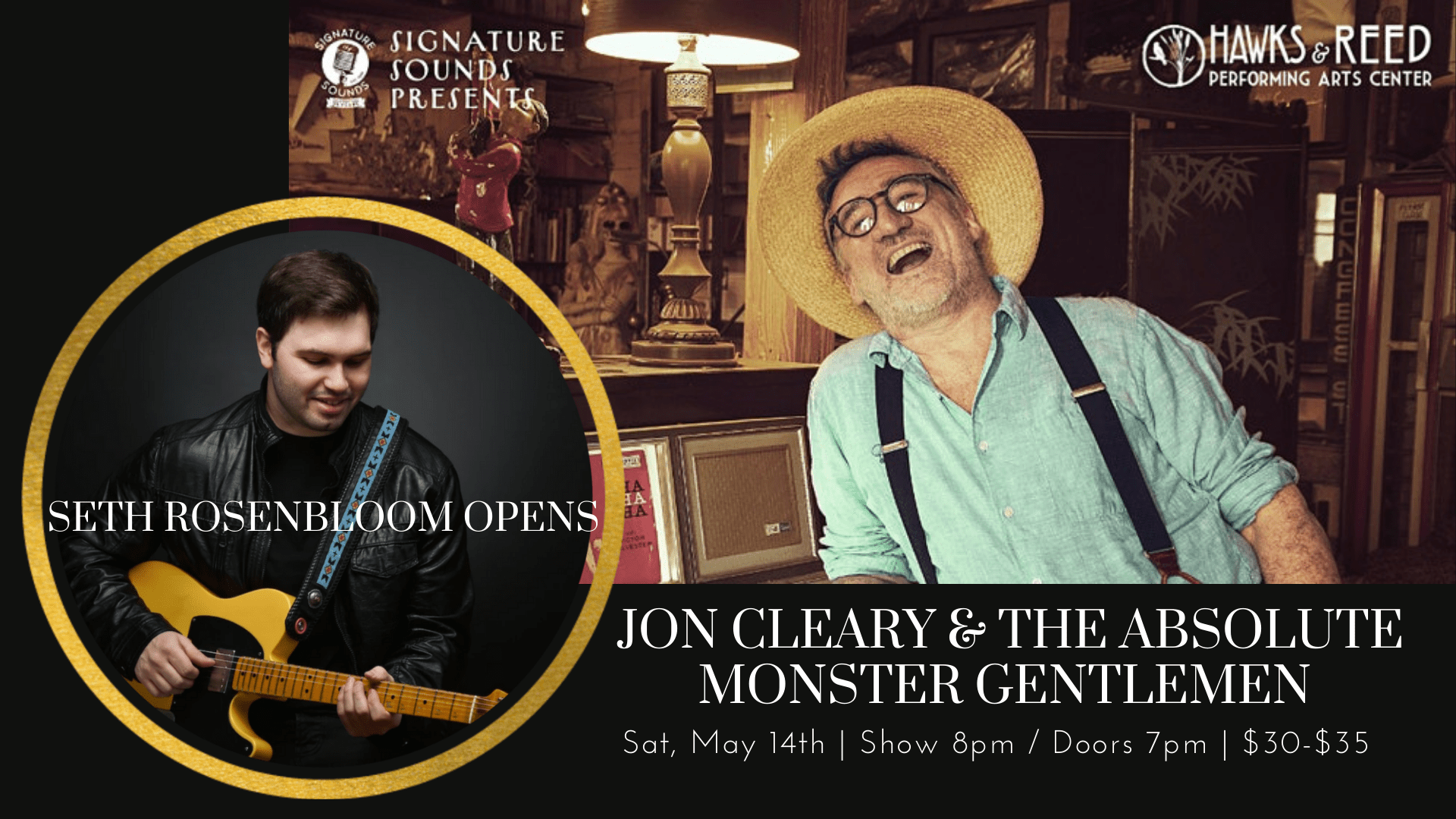 The Back Porch Festival was founded in 2014 as a one day event at the Academy Of Music Theater in Northampton. It has since grown to a four day, multi-venue event featuring the best in Americana Roots Music. Performers have included Los Lobos, The Blind Boys Of Alabama, Del McCroury & David Grisman, Sarah Jarosz, Dustbowl Revival, Tim O’Brien, Steep Canyon Rangers and many more. Every year the festival includes a live broadcast of the Back Porch radio show from the Parlor Room before a live audience. Back Porch Festival 2019 took place on March 1-3 and featured Rosanne Cash, Earls of Leicester, CJ Chenier and The Red Hot Louisiana Band, Town Mountain, Twisted Pine and others.
https://www.backporchradio.com/backporchfestival

Jon Cleary’s love and affinity for New Orleans music goes back to the rural British village of Cranbrook, Kent, where he was raised in a musical family. Cleary’s maternal grandparents performed in London in the 1940s, under the respective stage names Sweet Dolly Daydream and Frank Neville, The Little Fellow With The Educated Feet – she as a singer, and he as a crooner and tap dancer.

As a teen Cleary grew increasingly interested in funk-infused music and discovered that three such songs that he particularly admired – LaBelle’s “Lady Marmalade,” Robert Palmer’s version of “Sneakin’ Sally Through the Alley,” and Frankie Miller’s rendition of “Brickyard Blues” – were attributed to Allen Toussaint as either the songwriter, the producer, or both. Cleary’s knowledge of Toussaint’s work expanded significantly when his uncle returned home to the U.K., after a two-year sojourn in New Orleans, with a copy of a Toussaint LP and two suitcases full of New Orleans R&B 45s.
In 1981 Cleary flew to New Orleans for an initial pilgrimage and took a cab straight from the airport to the Maple Leaf Bar, a storied venue which then featured such great blues-rooted eclectic pianists as Roosevelt Sykes and James Booker. Cleary first worked at the Maple Leaf as a painter, but soon graduated to playing piano there – even though his first instrument was the guitar, which he still plays and has recently reintroduced into his live performances.

Deciding to stay in New Orleans, Cleary recorded his first album of nine, to date, in 1989. His ever-elevating profile led to global touring work in the bands of Taj Mahal, John Scofield, Dr. John, and Bonnie Raitt. Cleary has led his own group, the Absolute Monster Gentlemen, for over two decades now, but he still collaborates frequently with these old friends. At the 2018 New Orleans Jazz & Heritage Festival, for instance, Cleary performed alongside Raitt in a heartfelt tribute to Fats Domino.

“For me, playing the blues is all about expressing emotions,” guitarist and vocalist Seth Rosenbloom insists. “What’s always drawn me to the genre is the fact that it allows for an extraordinarily wide range of emotion. That, I think, is the key to making great music overall, and great blues in particular.”

Rosenbloom knows of what he speaks. Hailed by The Boston Globe as “a searing blues-rock guitarist,” and The Noise Boston as a musician who “makes his guitar growl and has a voice to match,” he’s been compared to “a slightly younger and rawer version of Matt Schofield ,” by the Blues PowR blog, which also praised him for “his gravelly, forceful vocals and stinging guitar work.”

Those assessments were affirmed this past year, when Rosenbloom made his bow with his debut self-titled EP. Now, with the release of his first full length effort, Keep On Turning (January 18, 2019), he shows again why he has been referred to as the future of blues guitar. An assertive and authoritative artist and auteur, he demonstrates confidence and credence with a set of songs that sounds every bit like a new set of standards. He executes the material in ways that are both riveting and embracing, with his dynamic delivery ensuring an emphatic impression.

Although firmly entrenched in the blues, Keep On Turning reflects a distinct diversity in the range of sentiment, as expressed in a selection of songs composed by Rosenbloom both on his own and with co-writer Sonya Rae Taylor. He also includes classic covers of B.B. King, Elmore James and Freddie King. From the emphatic wail of “Keep On Turning” and “Right About Now,” to the drive and determination of “Crawling Back” and “I Can’t Help It,” Rosenbloom’s passion and authenticity are on display throughout the album.“

This album is the culmination of everything I’ve ever aspired to musically,” Rosenbloom reflects. “I really wanted the album to represent the diversity that the blues has to offer, and I’m so pleased to have worked with such a wonderful producer and group of musicians who helped bring it to fruition.”

Then again, Rosenbloom’s no stranger to making music. Born into a musical family and raised in Waltham, Massachusetts, he began playing classical violin as a child and subsequently took up guitar at age eleven. Initially inspired by the music of Elvis and The Beatles, he earned a performance merit scholarship from Berklee College of Music by the time he was 16.

After spending a few years as an active sideman and in demand clinician, Rosenbloom stepped into the spotlight with the release of his self-titled EP in September 2017. He supported the recording with a string of tour dates up and down the East Coast, demonstrating at each stop his clear commitment to his craft and his ability to enthrall his audiences with his verve and versatility.

Rosenbloom has further expanded his reputation by spending much of this year on the road as well, introducing himself to his newly enthusiastic audiences. Whether demonstrating his dazzling guitar riffs and stinging vibrato, or emoting with his soaring and sultry vocals, he brings a distinctive power and personality to each of his performances. Now, with the release of Keep On Turning, he underscores that ability to add several specific hues to the blues.