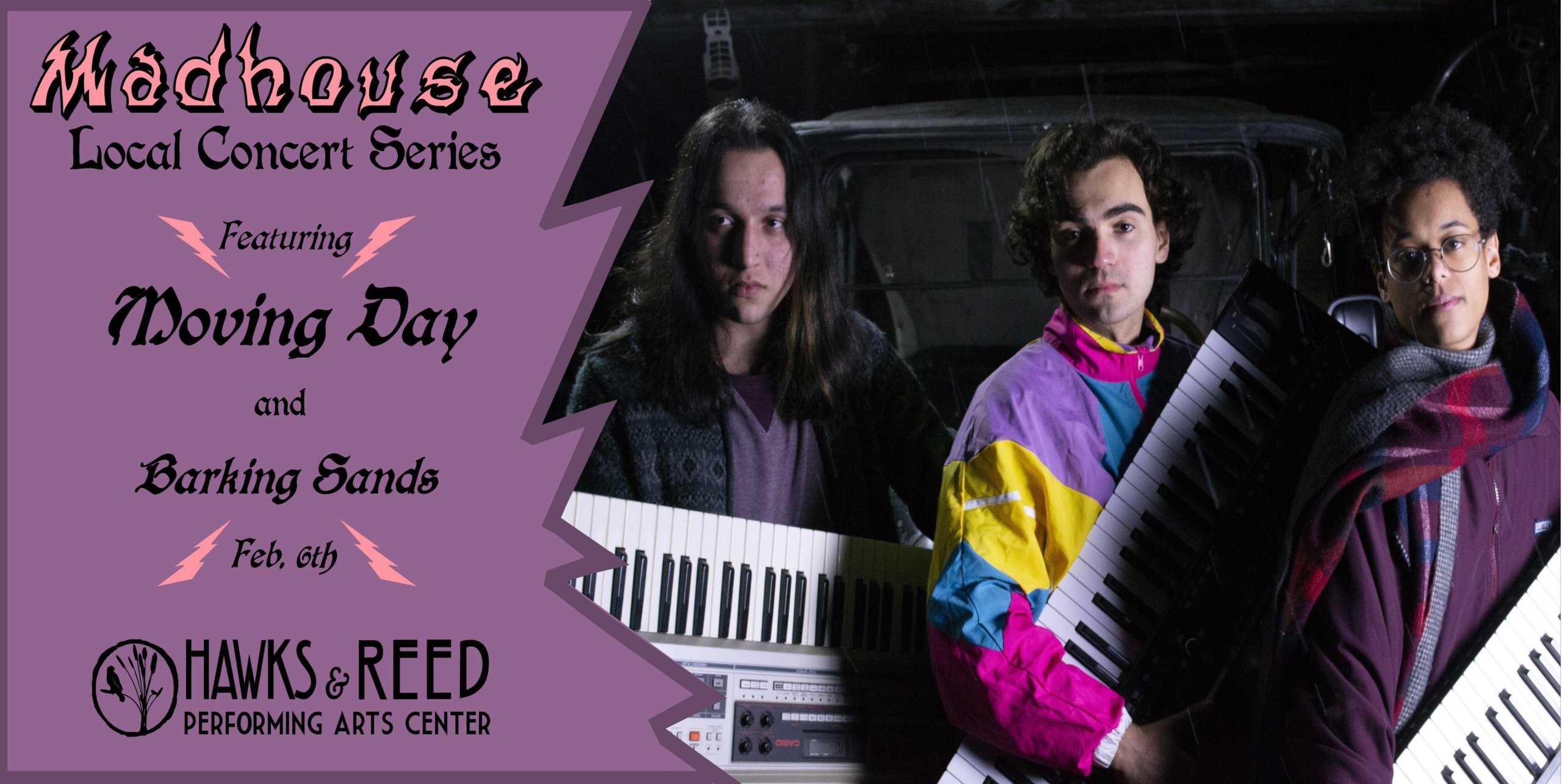 The Madhouse Local Concert Series is a joint project by Hawks & Reed and Madhouse Multi-Arts with a mission to showcase the talent of aspiring local musicians in Western Mass. Join us on the first Sunday of every month starting February 6th at 7:00 pm.

Moving Day is a synth rock three piece that will challenge your perceptions of what keyboard based music is supposed to sound like. Their woozy or pulsing keys are rounded out by the sweeping sounds of electric cello. Vocalist Robbie Juarez varies his approach from a low murmur to crooning falsetto while telling stories through strings of occasionally abstract images. Song titles are kept short and intrigue-inducing, such as Grey Sleeps, Amnesiac Jr, and Give Up. Moving Day is influenced by electronic sounds old and new, combining their appreciation for modern acts like Son Lux, Radiohead, and LCD Soundsystem with the sounds of early synth bands like OMD, Depeche Mode, and Kraftwerk.