Lilly Hiatt with the Harmaleighs at Hawks & Reed 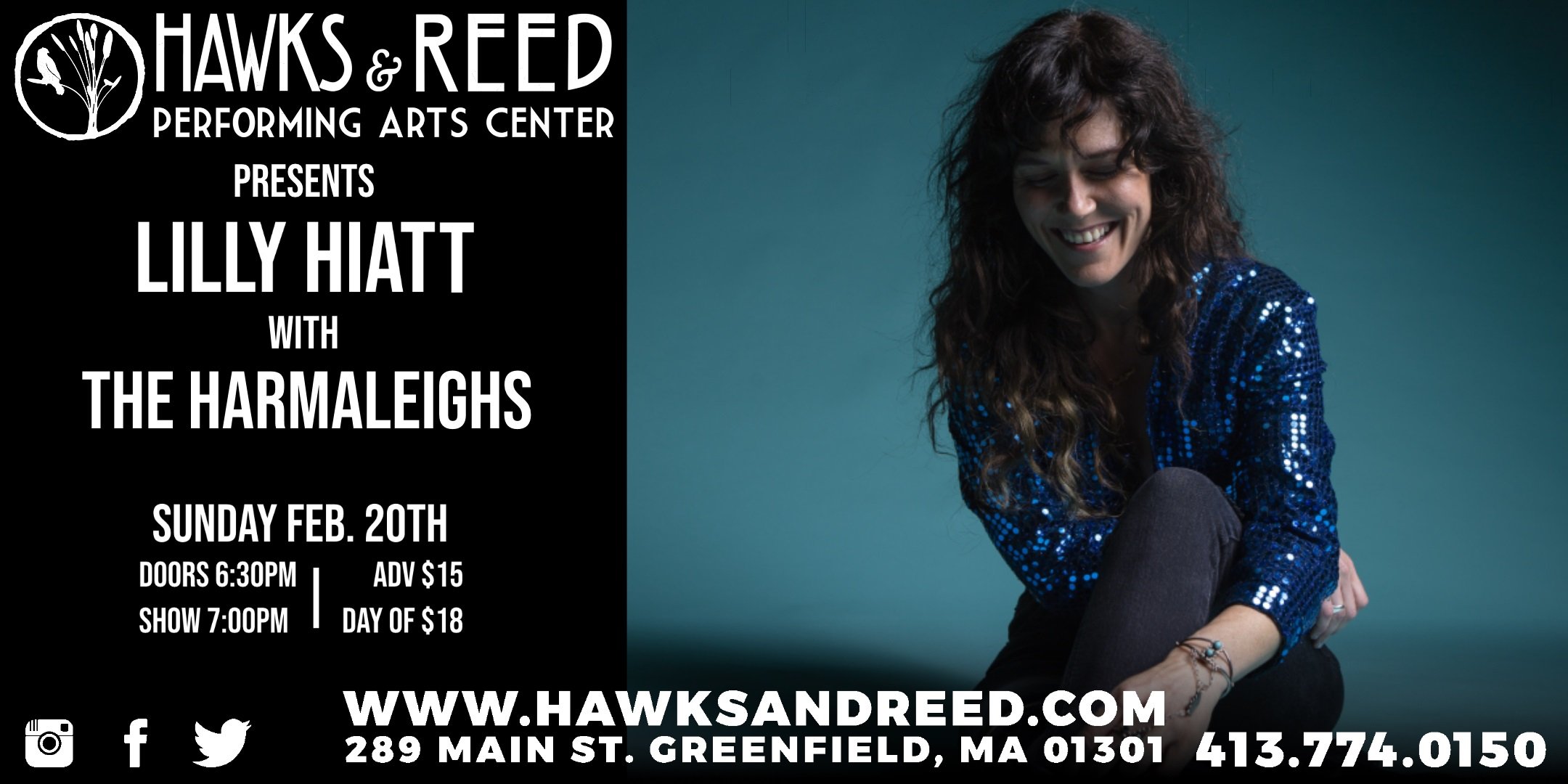 Lilly Hiatt felt lost. She’d just returned home from the better part of a year on tour in support of her acclaimed third album, ‘Trinity Lane,’ and, stripped of the daily rituals and direction of life on the road, she found herself alone with her thoughts for the first time in what felt like ages.

“When you’re out there on the road, you’re just kind of living, and you don’t have the chance to stop and think about how everything you’re experiencing is affecting you,” says Hiatt. “When I got home, I realized there was a lot I needed to catch up on.”

So Hiatt did what’s always come most natural to her in times of questioning and uncertainty: she picked up a guitar. Over the course of the ensuing winter, she wrote a mountain of new music that grappled with her sense of self and place in the world, reckoning with issues that had been bubbling beneath the surface of her subconscious in some cases for years. The result is ‘Walking Proof,’ Hiatt’s fourth and most probing collection to date. Produced by former Cage the Elephant guitarist Lincoln Parish, the record walks the line between Hiatt’s rough, rock and roll exterior and her tender, country roots, exuding a bold vulnerability as she takes a deep and unflinching look in the mirror. What emerges is a newfound maturity in Hiatt’s writing, an abiding sense of calm in the face of chaos as she learns that sometimes, you have to let go in order to get what you want most

The Harmaleighs honestly craft poetic, passionate, and powerful songs cut from a pastiche of indie, folk, pop and Americana. In January 2015, The Harmaleighs—Haley Grant [lead vocals, guitar] and Kaylee Jasperson [bass, harmonies]—embarked on something of a modern odyssey in support of their independent full-length debut, Pretty Picture, Dirty Brush. The band-mates and partners got rid of their Nashville apartment, put everything they owned in a storage unit, bought a van, equipped it with a bed, and hit the road with their 8-month-old pug Gus sleeping on the dash for the next nine months. The trials, tribulations, and triumphs of this trek would ultimately inspire their EP, Hiraeth.