Lich King with Stonecutters and Toxic Ruin at Hawks and Reed 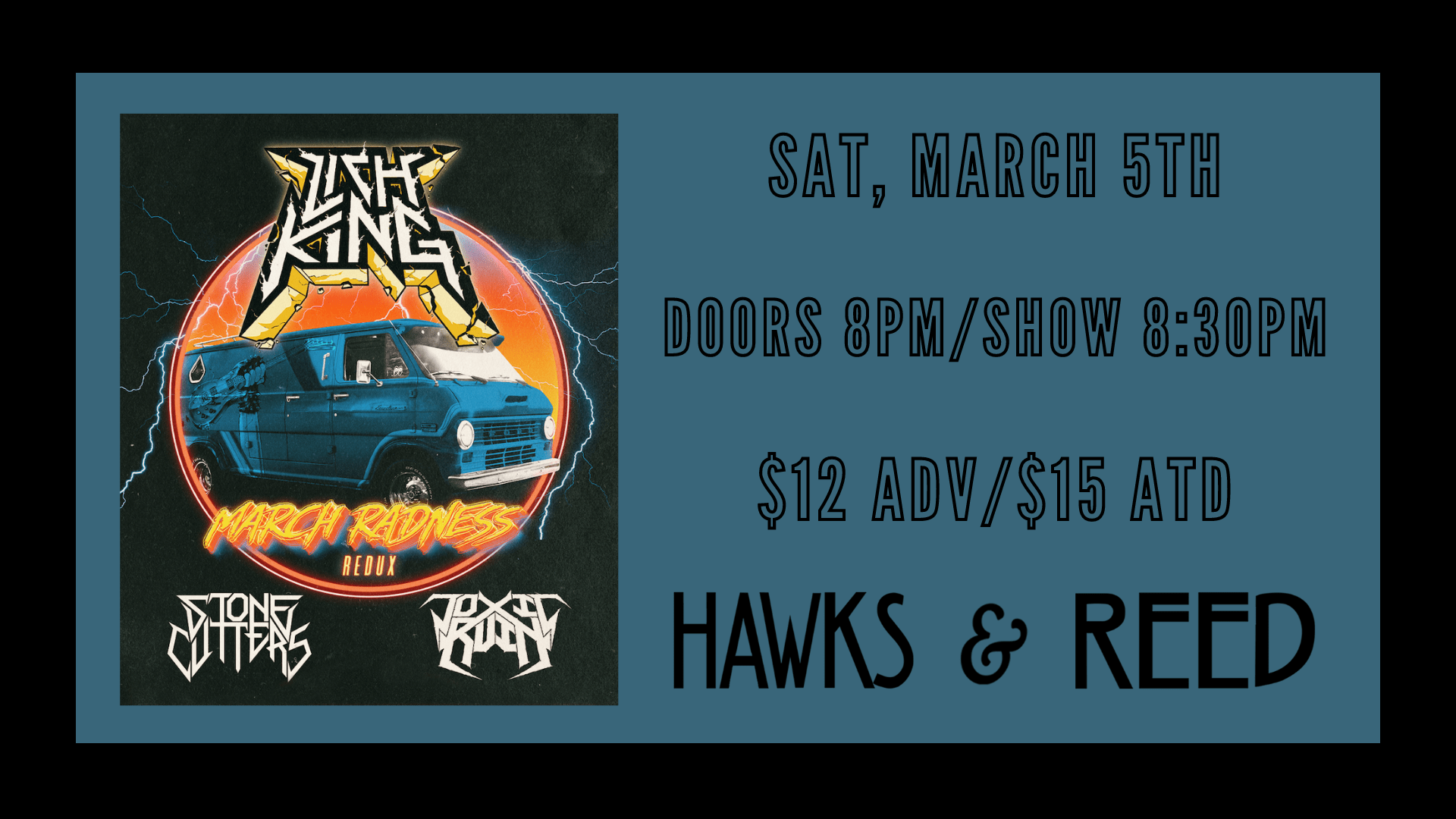 Lich King at Hawks and Reed

Tom Martin started Lich King as a one-man project around 2004, as a goof. People seemed to like the music. Our first two albums were released as a solo project posing as an actual band. In 2009 Tom cannibalized a local thrash act called AGES AGO and formed Lich King as a true band for the first time.

We think the sound of thrash was perfected in the 80’s and we’re not trying to add anything to the mix. We’re just coming up with riffs and songs that the old masters didn’t. Despite that fact and our best efforts, we seem to be developing a signature sound. Dammit.

We’ve had five full-length albums since 2007. Each features fast, headbangable riffs in modern stomp anthems, a sometimes comedic yet always violent songwriting sensibility, art and design from Tom Martin, a marked step up in quality from the previous release, and an awesome logo and a mascot.