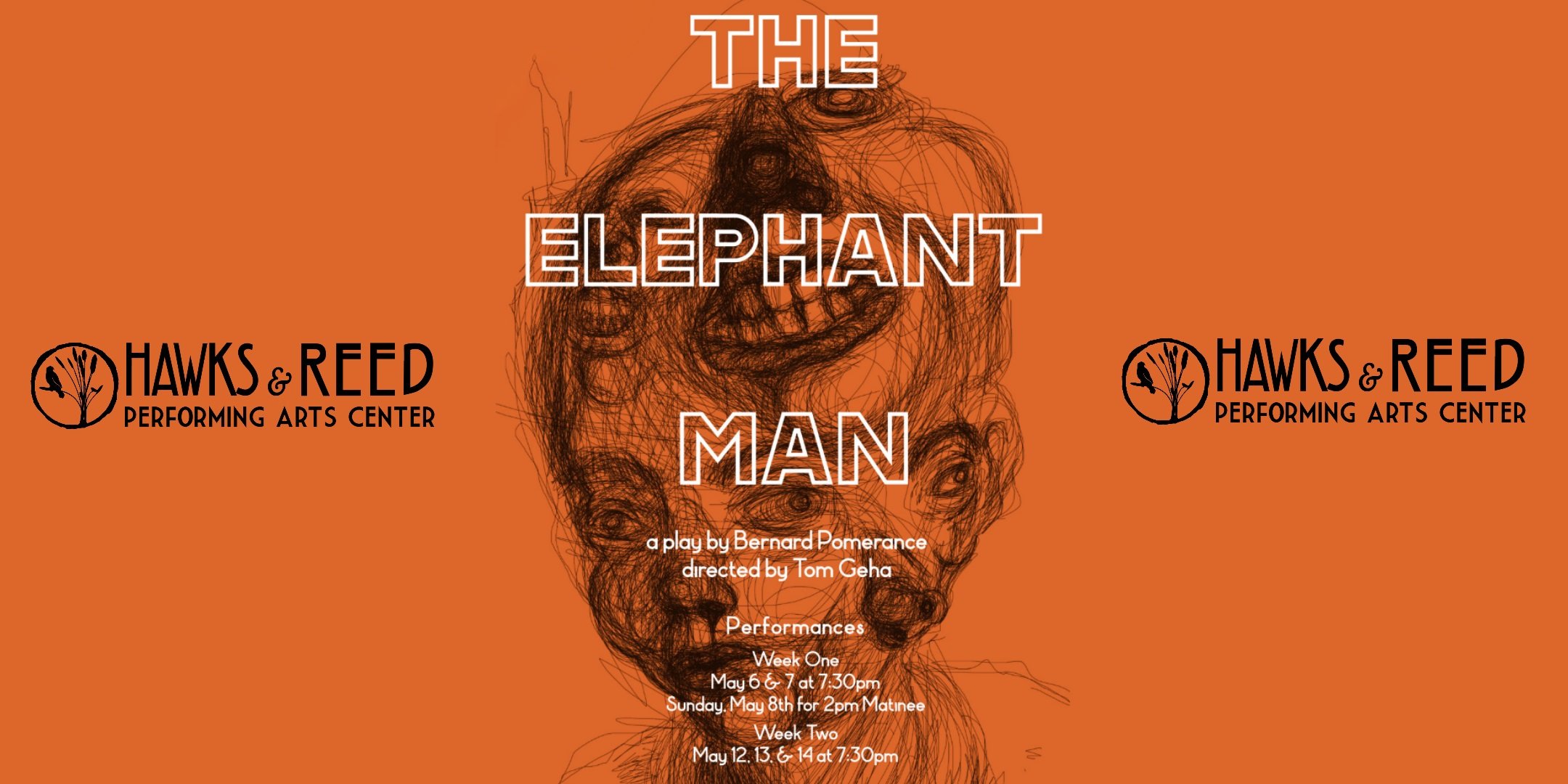 After being canceled by the pandemic, two years later The Elephant Man returns. Since then, the Sloan Theater at GCC has been in renovation, so with most of the same cast and crew, the production will open Friday, May 6th at Hawks & Reed in downtown Greenfield for a two-week run. The Elephant Man by Bernard Pomerance takes place in late 1800s England and is based on the life of Joseph Merrick, referred to as John Merrick in the play, whose life was complicated by extreme growths on his body. The play is directed by GCC Theater’s department chair, Tom Geha with a cast and crew of over 25 students and community members.