Eric Lee and the Green Sisters 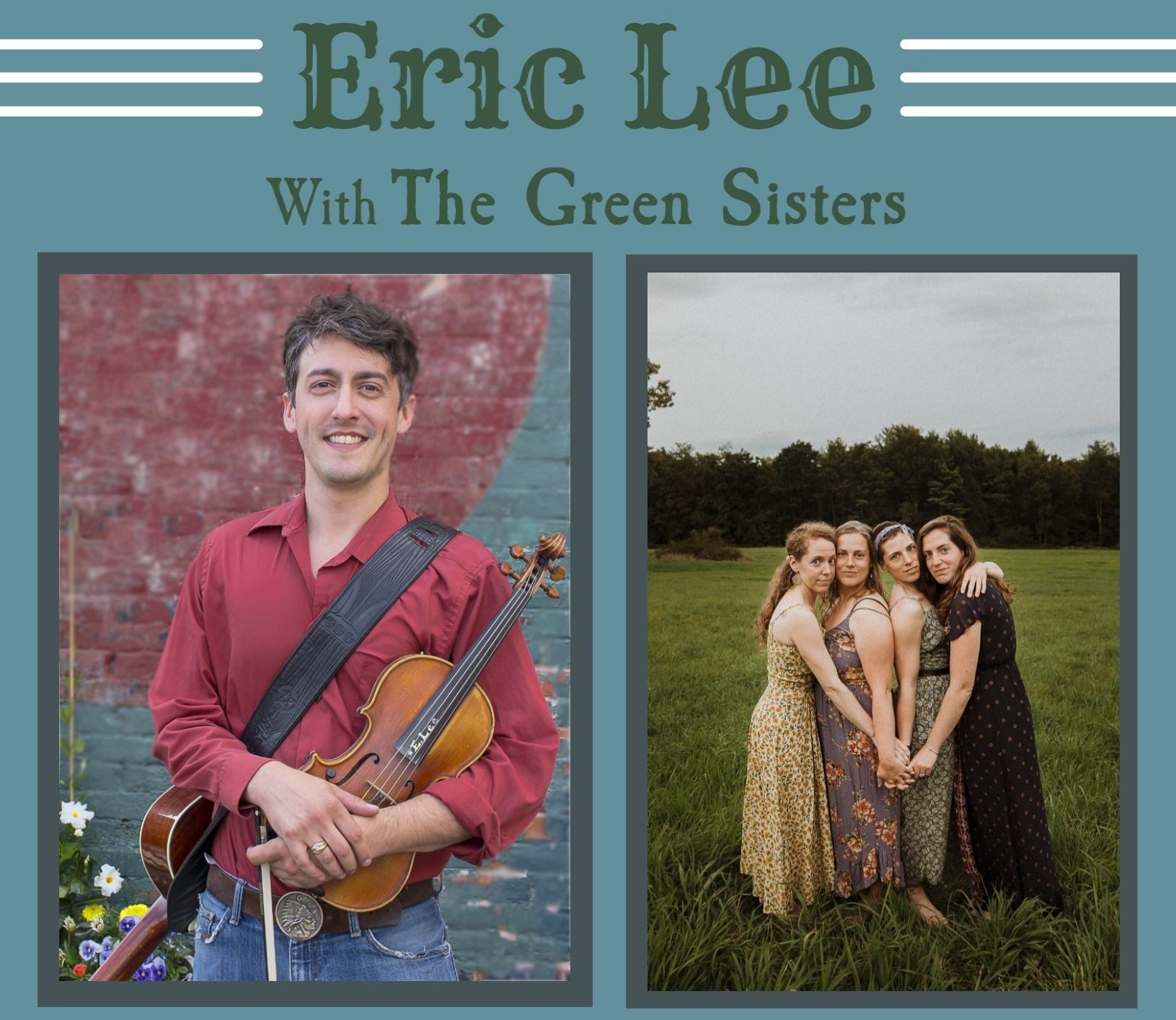 A Pennsylvania-born songwriter and multi-instrumentalist, Eric Lee shapes songs with stand-alone melodies and rich musical backdrops. From the personal to the sublime, they range from tales of honkeytonk heartache to anthems of social consciousness, and are told with a language of poetic and raw honesty. Lee draws from a well of uncommon musical depth, having worked professionally in recording studios, festival stages, and on the road with acclaimed artists in both folk and bluegrass (The Kennedys, Eric Andersen, Peter Rowan) from an early age.

Hailing from a small farm in rural Massachusetts, the four Green Sisters were raised with music accompanying their chores. Their sound spans a wide range of bluegrass, barbershop, blues, country, and lots of original songs which fit right into the mix. They’ve been playing venues in New England regularly for the last several years and have garnered quite the following; it’s hard not to smile when treated with their tight harmonies and high energy tunes.