Cristina Vane with High Tea at Hawks and Reed! 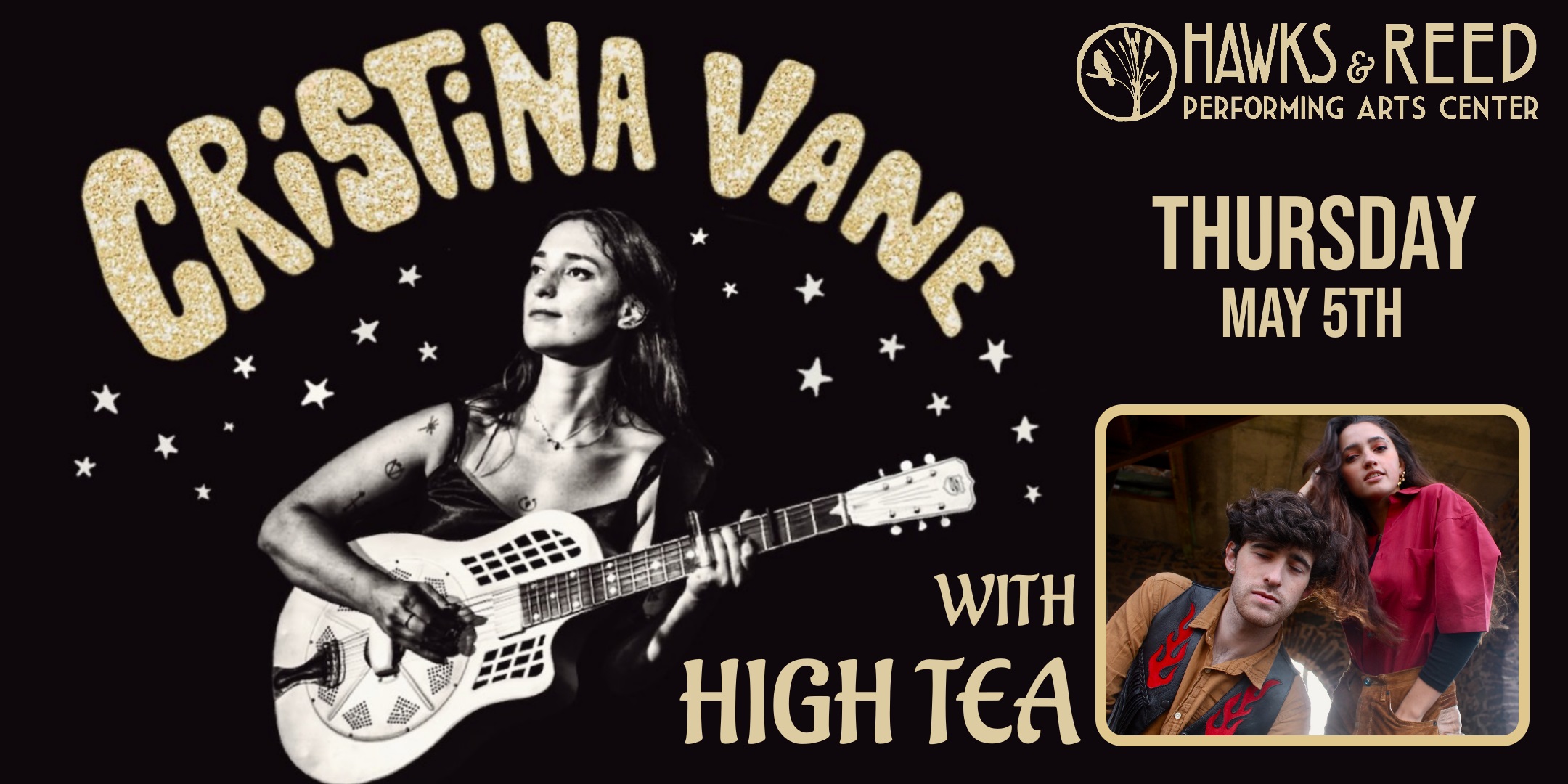 Cristina Vane at Hawks and Reed!

After graduating from Princeton with a degree in Comparative Literature, Vane moved to Los Angeles where she worked at McCabe’s Guitar Shop, and spent every free moment working on her music, studying fingerstyle guitar with mentor Pete Steinberg. Those years pushed her into deeper exploration of country blues picking and old folk guitar styles. Vane’s fingerstyle guitar skills are on full display on the gospel-inspired “Heaven Bound Station”, and “Driving Song”, on which she picks out a dark modal melody on a grungy electric guitar to accompany her haunting voice.

After almost four years in Los Angeles, Vane began to feel stagnant, and decided that it was time to take her music on the road. During that time she had built up a solid following on Instagram, so she reached out to her network of fans for help in booking a tour. An outpouring of support ensued, and she was able to book a five month cross-country tour, playing at small bars, breweries, coffeeshops, and clubs, in peoples backyards, through these connections. She crashed with friends, kind strangers, or slept in a tent. She spent days off camping at National Parks. “It was the best summer of my life”, she recalls, “most of the songs on this record were written during that tour. On one of the album’s standout tracks, the slow country waltz “Dreaming of Utah”, Vane sings, “Woke up dreaming of Utah / the sweat and the dirt / how my feet led me closer / to a little self worth.”