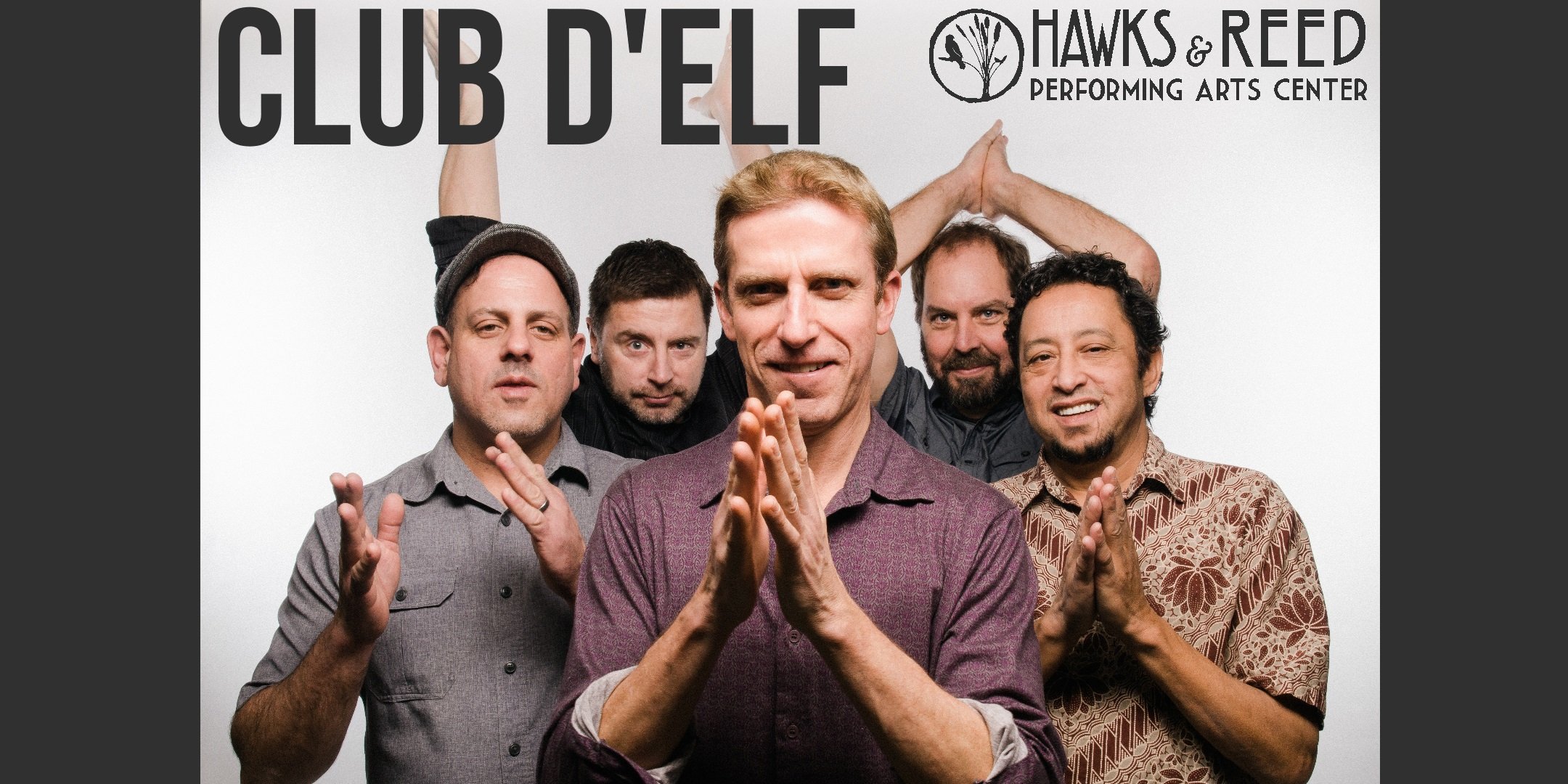 clubdelf.com
To the naked eye, Club d’Elf looks exactly like a world-class instrumental band: five or six fierce players laying down heavy grooves and exploratory solos on distinctive original material, as audience members dance or listen in rapt attention. To its fans, however, and its large and colorful cast of musicians, D’Elf is all that and much, much more.
The paradox and the power of the unusually named Club d’Elf become increasingly clear through repeated encounters. Unlike almost any other band, D’Elf’s personnel changes radically from show to show. Fans have their favorite configurations and players, but unlike groups where musicians’ tenures are finite, D’Elf-ians revolve in and out, reappearing in endless combinations. Beyond the cavalcade of characters, the music itself is in constant flux. Individual songs can vary dramatically from performance to performance as new alignments of players make every moment fresh. No two sets are alike.